Natural resources were then as they are now the foundation to our company. Water and fresh air use with minimal energy requirement for the benefit of mankind was a perfect match to the cooling tower performance as were the conditions at Albert Park Lake. In 1989 Lakeside contracted Michael’s plumbing services to install a cooling tower. The installation was delayed and the plumbers time lost on site was charged to Lakeside. The previous owner objected to the charge.

Michael explained that if the delivery of the cooling tower was better managed there would not be the additional cost; at which juncture the previous owner asked if Michael could manage it better; why not buy the company. That was in 1989 and Michael is the current owner of the company with his son Jordan at his side.

Michael’s plumbing acumen and his studies for a certificate of HVAC were an excellent combination that has led to many changes. Initially most cooling towers’ main component was timber. This was against Michael’s love of nature and it also aligned with his rational that they were too labour intensive and hence costly. The use of timber required a specialized chemical treatment that required the dumping of toxic chemicals into the environment and this was another issue that was against Michael’s environmental approach to manufacturing.
.

Revision
Early in the year 2000, Santos purchased three newly purpose designed Lakeside cooling towers for their Nos. 3, 4 and 5 Flash Evaporator plants. Following the overhaul of No. 10 Boiler, it was inspected in January 2001 and found to be in good condition after twelve months of reliable operation and confirming that the new design of Lakeside Cooling Towers was performing in accordance with Santos’s requirements.

Santos has benefited from a new crossflow cooling tower design that is using galvanized steel frame and a 100% more efficient Lakeside stainless heat exchanger than the previous timber lathes. The current cooling towers that are designed and manufactured by the company are a true combination of ecological and mechanical considerations.

Not withstanding the above; the company was looking for answers of performance improvement in the cooling towers and found some answers from the ancient Egyptians.

The incorporation of new recyclable materials, lighter and easier assembly with improved cooling performance was tested and proven in Melbourne Australia. Lakeside’s clients have confirmed the superior performance of Lakeside’s towers compared to other brand cooling towers, in cooling efficiency, water consumption and noise levels. Site assembly crews have also concurred that Lakeside’s towers are easier and quicker to assemble than all other towers that they have installed previously.

Expansion
Aesthetics were taken into the design consideration and consequently the cooling towers height is in meeting with the buildings’ designs without detracting from their performance. Australia’s immensely differing climatic conditions were an excellent environment for the testing of the cooling towers for export markets and this was just what Michael instigated in his expansion move to the rest of the world.

The Gulf region was the new target and Lakeside’s resultant sales and tests were beyond expectations. Dubai Aluminium had independent testers acknowledging the superiority of Lakeside’s tower over the old tower after initial serious doubts when comparing Lakeside’s footprint size that was 25% of the existing cooling tower and the power consumption was 100% less.

The Dubai Ministry of Agriculture tested another Lakeside cooling tower for their hydroponics cooling and was astounded by the successful results. U.A.E. Engineers did not take long to include Lakeside as one of the accepted cooling tower specified makes that meets the region’s requirements. Lakeside Cooling Towers is now totally committed to the ecology and is on path of reclaiming the evaporated water that is used in the cooling process. This process will bring into line the now often requested Cogeneration & Trigeneration to the next phase and new process and nomenclature of “Quad-generation”. 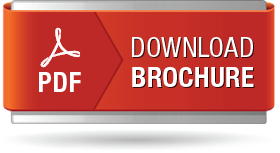 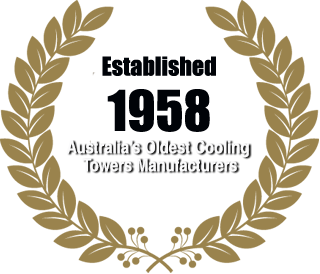